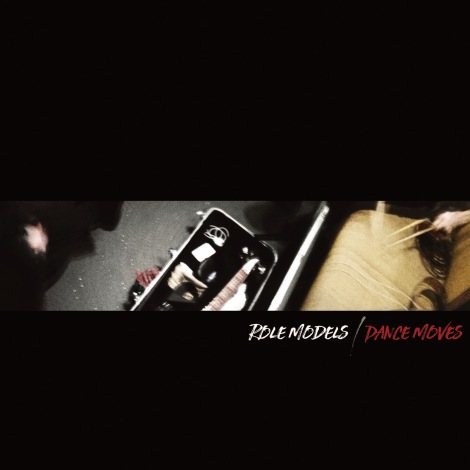 Regular readers of this site should already be aware of the brilliant Role Models. They’re led by Rich Ragany, a man clearly dedicated to rock n roll. He set himself the target of delivering three albums of power pop flavoured rock n roll all within three years. That’s quite a task in these days where he has had to rely on crowd funding schemes.

Never afraid to try something slightly different, this album has a ‘concept’ to it. It tells the tale of the ups and downs of someone getting sober and finding their own way. Certainly, opener “Evangeline” has slightly more depth and a darker feel to previous releases. But don’t go running away, afraid of a down beat album. As demonstrated by the quite brilliant “Mascara”, Mr Ragany can’t resist delivering top quality power pop rockers.

If anything, this release seems to be a step up in terms of song writing. There’s a sense of added depth to tracks like “I Want More”, “Manette Street” and “Covered In Mistakes”. But, they still retain that all important sense of melody and crucially sound like damn good fun.

We do get a good old fashioned ‘power ballad’ with “Orbituary Writer”. A piano led number that, back in the day, would’ve put all the ‘fluffy’ hair ballads to shame. That song is in total contrast to the contagiously bright and upbeat “Feel Like Being Alone”. A song as bright as sunshine and with an almost sixties pop feel to it.

There’s also plenty on here to keep the rockers amongst you happy as well. The title track “Dance Moves” is probably the most ferocious we have heard this band. ” Empire State” and “Wizard Van” may add more melody but there is also a rockier and more menacing tone to the guitar lines and vocals.

But the Role Models are always at their best when they throw in a bit of pop. A classic example being “The Night” which starts off with an Enuff Z Nuff esque chugging guitar before blooming in to a really uplifting pop/rocker. It all then ends with the life affirming “Meteor”.

Let’s be honest, committing to releasing three albums in as many years is a tough task for any rock n roller in these times. The fact that Rich has delivered three excellent albums where everyone has just got better and better is something else. What’s even better is that we actually have a power pop rock band of this quality based predominantly here in the UK. So make sure that you not only get your hands on this excellent record (go here NOW) but keep your eye out for the chance to catch them live.