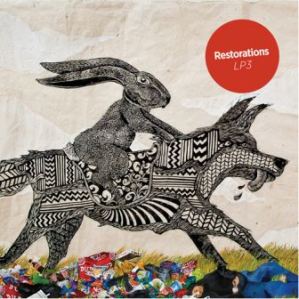 It’s probably fair to say that Restorations don’t clearly spend a lot of time thinking up album titles or indeed waste any inventiveness on it. Thankfully, the same could not be said of their music which certainly isn’t predictable. They may have their roots within the American punk rock scene but on each album they have shown a level of diversity which often escapes some of their peers.
This album opens up in bombastic style with “Wales”, a song which has a cacophony of sounds and a level of intensity that makes it come across like a hardcore band covering a Doors’ song. The next songs, “Separate Songs” and “Misprint” are perhaps more in keeping with the style we might expect to hear from the Restorations. They have that US punk/alternative sound we hear from bands like The Menzingers and Against Me. However, “Separate Songs” has a sense of space and lyrical style, which is more in line with The Hold Steady. It’s a combination that remains intense and hard but with a feel of melody supporting the songs. This is all taken a bit further with “Tiny Prayers” which adds a bit of punk Springsteen sound in to the mix, which is never a bad thing!

They slow the pace down on “All My Home” but this is really just to allow the melody of the song to breathe. They keep things slower on “The Future”, but this time it is a far more epic sounding track. It slowly builds through the verses until it reaches a crescendo in the chorus. At the opposite end we have “Most Likely A Spy” which is perhaps the band at their most commercial with a song that could even feature on a Foo Fighters’ album.
The album is sadly soon at an end when we reach “It’s Not” which opens with some neat slide guitar which gives it an almost country rock n roll sound. It starts off giving the impression that it will be the most straight forward track on the album. However, it builds from being a rocking track to a hugely epic song that Pearl Jam would be proud of.
This is a fast paced, short, sharp album which still manages to deliver a wide breath of material that demonstrates that Restorations are not content to peddle out the same sound on each album. They offer an inventiveness which almost feels like they are always trying to catch their fan base out. The success of this is that it allows them to develop with each album and yet still retain their own identity. They have a determined and almost serious sound which has been successful in nurturing a loyal and passionate fan base, who will lap up this new release and eagerly await the wild live shows that will inevitably accompany them. 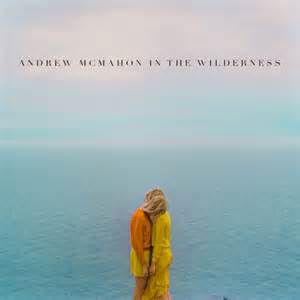 It is no surprise to learn that this solo album from Andrew McMahon is an expansive and diverse collection. After all, Mr McMahon has already been through quite a lot during his life. This includes in his musical career where he first found fame as the vocalist, pianist and primary songwriter in the band Something Corporate and then Jack’s Mannequin. He has also been through a lot in his personal life having been diagnosed with acute lymphoblastic leukaemia which required a stem cell transplant. Although in many ways the tone of this album might have been set by the birth of his daughter earlier this year as it certainly has an uplifting feel.
This is clearly shown by first song “Canyon Moon”, which is a wonderful intro to the album, with a melodic and instantly captivating adult pop feel, all moved along by an infectious beat. The following tracks, “Cecelia & The Satellite” and “High Dive” have a sparser sound but a very modern sound. The second of these could easily be picked up by TV to be a soundtrack for some kind of feel good picture montage.

“All Our Lives” sees the anthemic quality of the songs hit an even higher peak. It’s a euphoric sounding song which is instantly loveable. The pop beat is also in full force on “Halls” and “Driving Through A Dream” is another great anthem which despite its modern sound and electronic beats still has the hint of fab eighties driving pop. That almost eighties feel is also on the last track “Maps For The Getaway” but importantly it doesn’t enter ‘retro’ territory.
There are also plenty of twists and turns throughout the album. The song “See Her On The Weekend” gives a change in feeling with its slower and more measured approach which supports the story telling lyrical side. The excellent “Rainy Girl” has a sweet piano opening that catches you by surprise. It’s a simpler and slower song but has a delightful melody which perfectly sits alongside the heartfelt vocals.

Having not really experienced any of Andrew McMahon’s previous material, this album has turned out to be a really pleasant surprise. Against the backdrop of all the challenges he has faced it is a remarkably upbeat and uplifting album. It’s a collection of really well-crafted pop songs, with a hint of both modern electronic sound and more classic eighties pop rock, on paper that doesn’t sound so great! But trust us it works, really, really well! 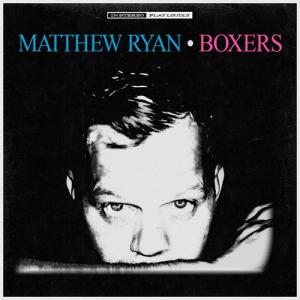 Somewhat amazingly, and if we’re honest a bit ashamedly, this album marks our first introduction to Matthew Ryan. He has actually had a career that spans nearly two decades, over which he has been very prolific. Over that period it would appear his catalogue has created an understandably passionate and supportive fan base. This stretches right up to his musical peers as demonstrated by the strength of the guests who play on this album. Most notably it includes the remarkably talented Brian Fallon who has gained somewhat wider fame with The Gaslight Anthem.
As we were expecting a more Americana/Singer songwriter sound, opening track “Boxers” is a surprisingly full on song. It is a bold and confident start to the album and the sound appears somewhat at odds to the lyrics of the song. It is followed with the perfect mid paced rocker “Suffer No More” which moves from a warm melody to an anthemic chorus which again, despite the words, is very uplifting. We really get the full impact of the whole band sound on “God’s Not Here Tonight” which is a punk power pop song which recalls bands like The Replacements or someone like Jesse Malin at his most rocking.

The confident sound of the album grows even fuller on “The First Heartbreak” which has the added benefit of a nice bit of pop ‘shine’, especially as you get to the sing along finale. “We Are Libertines” is in a similar style with the repetitive use of the title resulting in the song getting firmly lodged in your brain. There is also room for a more soulful rocker called “Heaven’s Hill” which really allows Matthew’s gravelly voice to shine in a way not too dissimilar to some of Soul Asylums finer moments.
However, the album really hits an absolute peak with the supreme adult pop high of “Then She Throws Me Like A Hand Grenade”. It’s a brilliant song that could comfortably sit alongside any of Tom Petty’s greatest hits, it’s an infectious and wonderful track. Thankfully, it’s not a one off though, as exemplified by “This One’s For You Frankie” which will have you singing along to it at the top of your voice.
The album is really well balanced though and in contrast to the pop brightness we have songs like “An Anthem For The Broken” where the lyrical tone is matched by a more caustic sound. The album then ends with the slower and more poignant “If You’re Not Happy”. On this song it is the space and emptiness within it that really allows it to make its point.

This is a quite wonderful album which will surely find a place on many people’s “Best Of” lists at the end of the year, or at least it should do! It has the sense of an album that will become a source of comfort and inspiration for many of its listeners. You can see it being one where people end up saying “that was the album that got me through a very tough time”. One of its greatest qualities is its ability to offer heartfelt and poignant lyrical content but wrap them up in melodies that leave you with a sense of hope and aspiration. Amongst a host of solo artists dealing in more down beat tones, it makes for a unique and refreshing change. The biggest compliment we can pay, is that having finished listening to this album, we have immediately sought out his back catalogue and plan to work our way through that…… we suggest you do the same!!

One response to “November 2014 Album Reviews”