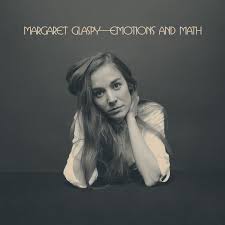 This may be Margaret Glaspy’s debut album, but she’s worked hard for it. Originally from California she moved to the East Coast and spent time in various bands before deciding to go solo. When it came to this album, she recorded it several times in her bedroom before self-producing this release.

Chances are that the moment you hear the first words on opener and title track “Emotion and Math” you will fall in love with Margaret Glaspy’s voice. It’s immediately attention grabbing and somehow is husky and smooth at the same time. Songs like “Situation” have an alternative, off kilter feel…kind of like a less polished Jenny Lewis.

Songs like “You and I” and “Pins and Needles” have a laid back feel but are also delivered with a hint of punky snarl. Although, in contrast, “No Matter Who” has a genuine warmth and emotion to it. Whilst “Memory Street” just wanders all over the place like a drunken jazz flavoured Americana song.

We guess that if you did have to pigeon hole her sound, then it would be lumped in with Americana. However, tracks like “Parental Guidance” and “Black Is Blue” have far more of an attitude about them. Although she’s also not afraid of throwing a bit of a ‘pop’ approach in to the songs as well. That’s perfectly evidenced by “You Don’t Want Me”, a song that is well suited to the output of BBC 6 Music. Although, in total contrast, there are swerve balls on here as well, such as “Love Like This” which is like Kate Bush singing The Doors!

Over the years we’ve got a bit jaded with the Americana/quirky singer songwriter type sound. It so often leads to a bland/identikit sound. That’s certainly not the case here. Margaret Glaspy has an extra edge, it’s that genuine sense of a rebellious sound. A sense of maverick, that makes people like Ryan Adams or Shovels and Ropes so appealing compared to the oh so many nearly rans.