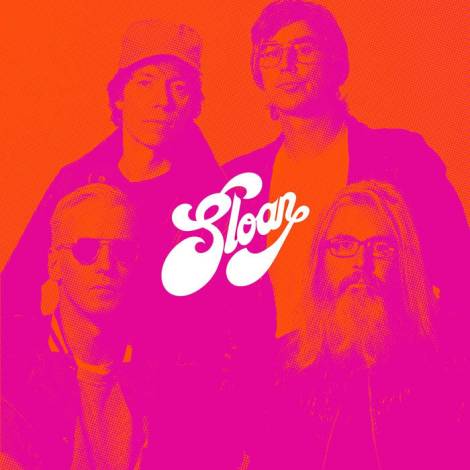 Sloan are one of those bands who just never seemed to have quite ‘made it’ in the UK. So, to many of you it might be a surprise to learn that this is their twelfth album. However, if you have a love for power pop then this band should be more than familiar to you. The Canadians are regarded as being power pop royalty due to the quality of their back catalogue.

We’re pleased to say that twelve albums in, the band are still maintaining those high standards. Right from the off, with the power pop rocking of “Spin Our Wheels” and “All Of The Voices”, it is quite clear that they have lost none of their zest. Tracks like “That Day Will Be Mine” and “Have Faith” are just a great blend of shiny bright melodies but with the extra crunch of some fine guitar work.

They’re also not afraid to show a purer pop sound. Tracks like “Right To Rome” and “The Lion’s Share” are just blissful. They’re the sort of songs that bring forward thoughts of McCartney in his Beatles days. Indeed, that modern Beatles flavour of tracks like “Essential Service” is in line with their relative contemporaries, Jellyfish. Although, whilst we are talking about power pop royalty, it will surprise no-one that there is also a Cheap Trick feel to “Don’t Stop (If It Feels Good)” and “Wish Upon A Star”.
So, twelve albums in and what is quite clear is that Sloan remain one of the best power pop bands around. They sit amongst some of the great bands in this genre like Cheap Trick, Jellyfish and Redd Kross. Of course, if you like any of those bands chances are you know that already. However, whether you’re already a long-time fan of the band or a latecomer this is a great album to get, as it delivers twelve power pop gems.