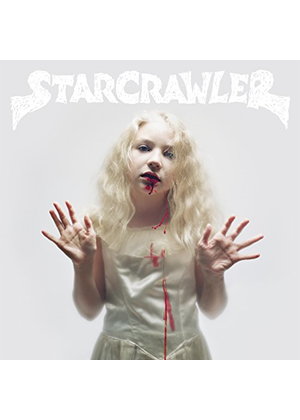 Now Starcrawler were actually picked up by one of our regular readers as an LA band to watch out for some time ago. We must admit that we are a bit surprised by the mass swell of support they have now gathered from the press in the UK. Let’s face it they’re normally pretty rubbish at spotting good rock n roll bands.

And let’s be clear about this, Starcrawler are definitely an old school rock n roll band. The attention has inevitably focussed on Arrow de Wilde as the singer and the band’s wild live reputation. But really it should be on the music. Songs like “Love’s Gone Again” and “Full Of Pride” are fantastic dirty gutter rock songs. It follows a lineage of the greatest debauched rockers like Iggy and The Stooges, The New York Dolls and The Cramps.

There’s a sense of scuzzy, in your face, attitude to songs like “I Love LA” and “Let Her Be”. Whilst style should never over shadow substance (and it certainly doesn’t here) we’ve been crying out for a band with real attitude to grab some mainstream attention. Let’s face it, it’s been a long time since a band has delivered a song with the dirty sex feel of the quite glorious “Pussy Tower”. Mind you songs like “Different Angels” and “Chicken Woman” reminds us a bit of L7, although that again has as much to do with the pissed off attitude than the sound.

There’s a kind of irony to the attention that Starcrawler are getting now. In many ways they are so far off the current ‘scene’ or what has been popular recently. Instead they regress to the core of what has made rock n roll appeal to youngsters for decades. It’s that perfect balance of great tunes, a couldn’t give a fuck attitude and a sense of danger. Let’s hope that this record can inject some much-needed debauchery and character in to the music scene.