The Richmond Sluts ”60 Cycles Of Love” 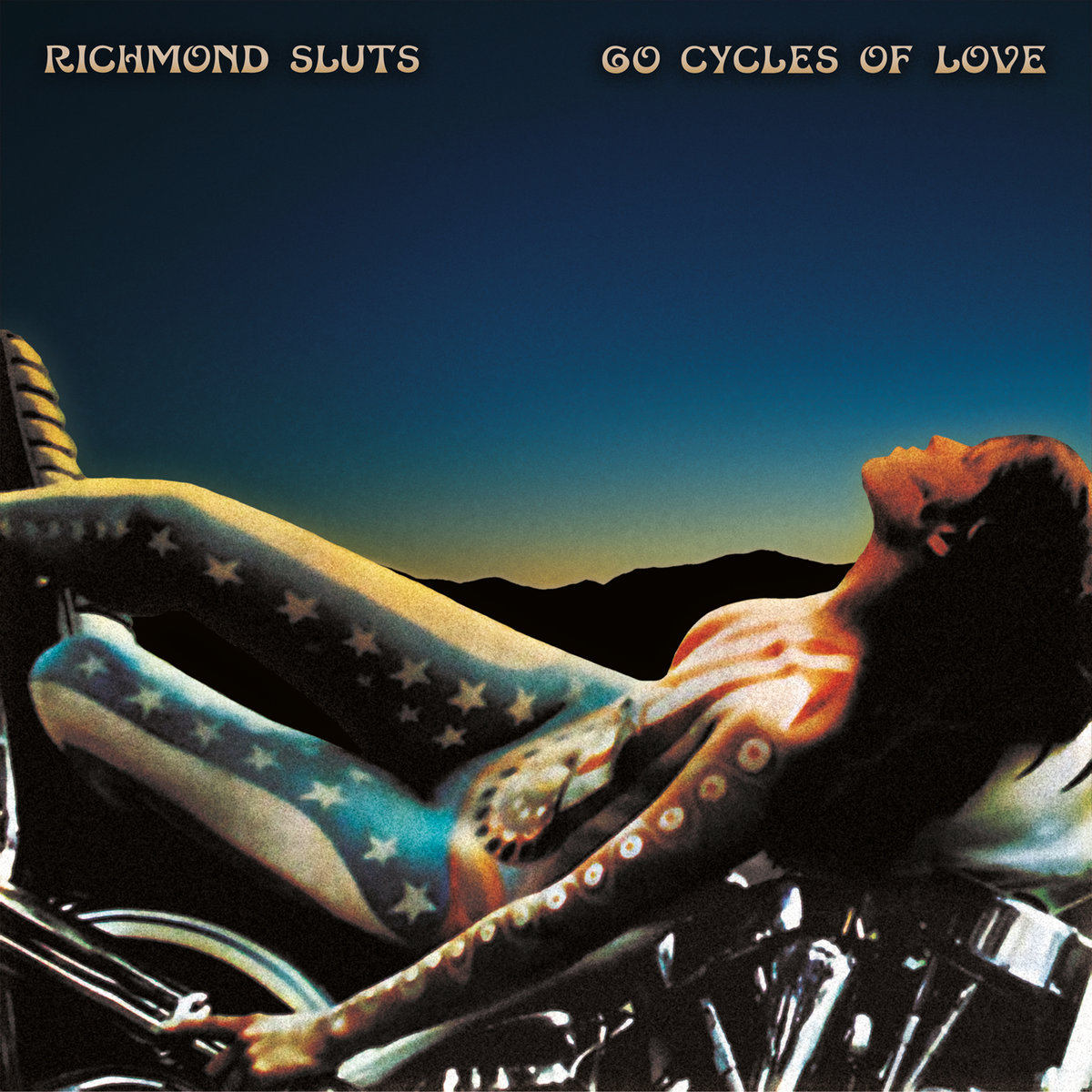 Sometimes it can be band name or a photo or album title that first attracts you to them even before you actually hear their music. When, like for us and The Richmond Sluts, it’s all three then you hope you could be finding something special.

Thankfully, the moment we heard first track “I Wanna Know” our hopes were confirmed. It has a real classic rock n roll opening. Like many of the songs on this album, there is a garage rock feel but also a much richer and warmer sound than you might expect from that genre. Together with “Different Tune” and “Gonna Find It” they sort of remind us of a combination of The Doors and INXS. That later reference may be down to the vocals, but it’s also a recognition of that bands ability to knock out some really special rock tracks (something often overlooked).

There’s also a real groove to songs like “Don’t Need You”, it’s a hearty rock song with the raw blend of a sixties rock band and a modern coolness. This is an album which really works its ways through the influences of all the great music over the last few decades. So, you go from the bluesy rockabilly of “Motel Boogie”, the ‘Gloria’ aping “She’s No Good” and right through to the sleazier rocking sound of “Livin To Crash”.

When you hear a song like “Into These Eyes” you really feel like you are hearing the sound of a brilliant rock band who should surely be playing huge arenas. It’s rock n roll that’s designed to make you dance. But there’s also a slightly darker and sleazier tone on “To Hell And Back”, a song which has a strut to match the Stray Cats.

It’s not that often that we hear an album which just sounds like such a classic on first listen. It’s the kind of record that you know you have to own on vinyl and then file it alongside classics from the likes of The Doors and The Rolling Stones. A few years ago, the music press were falling over themselves to discover the saviours of rock n roll. Well, you can forget about the false idols like The Strokes and Black Rebel Motorcycle Club because The Richmond Sluts are much more like the real thing. Make sure you get over to http://www.rockboxrecordssf.com to get your copy of this NOW!!