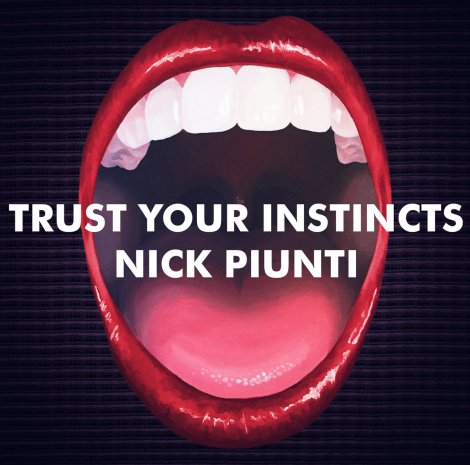 News of a new Nick Piunti album brings a great sense of excitement to www.thesoulofaclown.com. We’ve loved all his stuff that we’ve heard. Indeed, his last album, “Beyond The Static” was truly brilliant. It was one of our favourite albums of the year and it was no surprise that it featured very highly in a load of end of year best of lists.

The song “Trust Your Instincts” opens the album, and it is clear that Nick certainly trusts his own instincts to deliver great, power pop flavoured hits, because that’s what he does throughout this latest release. Indeed, there’s an irony that “One Hit Wonder” has the kind of brilliant pop melody that really does deserve to be a huge hit. It’s as catchy as hell and totally terrific. There’s nothing fluky about it though, as songs like “Blame In Vain” are equally as catchy and appealing.

As shown by “Vaguely Familiar”, Nick’s earnt his dues in the music business, and so it should come as no surprise that he knows his way around a smart lick and big hook.  He continues to use both these tools to great effect on “Dumb It Down”.  You will also struggle to find a song more instantly addictive than “This Aint The Movies”.

Another thing we really like about Nick, is that he doesn’t make things too sugary, despite the sweet sounding songs. So, you get a song like “Fade Out” which nicely shifts between laid back verses and a rocking bridge and chorus. Then “Ready For Whatever” had more of a punk feel to it’s sound and “As Far As I Throw” is like a power pop band playing a garage rock song.

The quality of this album doesn’t dip for one moment and it’s all over too soon with the bitter/sweet sounding “Stay Where You Are”.

Some really huge bands and ‘pop stars’ struggle to have more than one or two songs that can be regarded as really good pop songs. Once again, Nick has delivered a whole album full of them. We sense that he is probably destined to be something of an underground secret, especially here in the UK. So, you should do your bit to try and change that by buying this album, then playing it to someone else, who will then inevitably go out and buy it themselves. We just need to hope that cycle then repeats itself a few million times!!