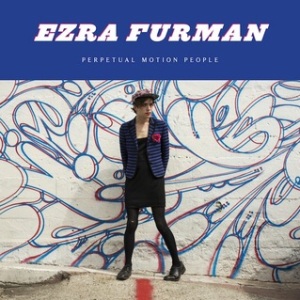 Now and again, you stumble upon an artist who seems to both offer something unique but also has that star quality. Ezra Furman may well be joining that select group with this release. Although he is not acting on his own where this album was recorded with his current band The Boyfriends. That seems significant because this album has the full sound that can only be achieved by working with a talented and confident band.

First song “Restless Years” is a song which is almost surprisingly catchy and has hit single written all over it. It’s one of those infuriatingly poppy songs which you can’t help think is ripping off a song you already know as it’s so instantly familiar. Things then take a side step as you hit the doo wop and northern soul of “Lousy Connection”. That flitting between styles is something you will need to get used to when listening to this album. It includes the soft acoustic folk/rock of “Hour Of Deepest Need”, the Lennon esque “Ordinary Life” and yet also the scuzzy pop of the truly brilliant “Tip Of A Match”. The term eclectic is used far too often but on this occasion, it is a very fitting tag for this album.

However, whatever style is being adopted, you can guarantee that it is underpinned with a pop melody. Songs like “Hark! To The Music” are the kind of pop songs you really wished dominated the charts. We particularly love the T-Rex, glam stomp of “Body Was Made” which along with the ragtime “Pot Holes” sneaks in some great, albeit slightly cheesy, sax.

Importantly, none of this is superficial or throwaway. The lyrics often have a far deeper feel and songs like “Can I Sleep In Your Brain” show an ability to offer a more reflective mood, or at least until it bursts into life with that saxophone again and ends up like another jubilant pop song.

One thing that is for sure, is that you will never be able to pigeon hole Ezra Furman. This album is a real kaleidoscope of sounds, styles and genres. It’s totally unique, but kind of had us thinking of Amanda Palmer. There’s a feeling that his influences go way beyond music and that he is drawing on a love of cabaret, theatre and burlesque, in fact any art that is fun but challenging. It’s a stark contrast to the many ‘grey’ acts around these days, so more power to him!