Shakey Graves “And The War Came” 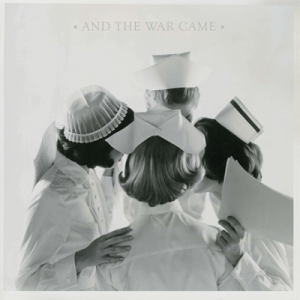 The name Shakey Graves is slightly misleading as rather than being a band, it is actually a solo artist called Alejandro Rose-Garcia from Austin, Texas. Certainly, when listening to “And The War Came”, you won’t believe it is the work of just one man, but instead you will imagine a ramshackle bunch of country desperados.
The first track on the album is “Only Son”, which has a subdued and melancholic beginning, until it slowly builds in to a passionate folk song that is reminiscent of the excellent Shovels & Rope. This comparison is further emphasised by “Dearly Departed” and “Big Time Nashville Star”, which also feature Esme Patterson. The first of these songs, is a great rough and ready Americana sounding number.

Alejandro rocks out a bit more on “The Perfect Parts” and “If Not You”, which are delivered in more of a southern style that is like the Kings of Leon if they were genuinely still a bunch of raw, country boys. They have a real authenticity about them, and will have you reaching for that bottle of bourbon. Many of the songs, like “Pansy Waltz” and “House of Winston” have a country/Americana feel and sound to them. They’re the sort of songs that lead to your mind wandering and painting images of dusty, country plains at the end of a long, hot, sunny day.
We see Esme Patterson returning on “Call It Heaven”, which finishes the album off with a simple, country sing along. It neatly demonstrates the raw and simple approach of the whole album.
This folk/Americana sound is one that simply won’t die, indeed it has seen a recent resurgence. Maybe it’s because in this day of constant technology and fast paced living, what we crave is the simple warmth that these raw songs can deliver. With this release, Shakey Graves have given us another album that has a real sense of authenticity about it. It has a low key production and isn’t a case of the style over substance approach that so many bands are forced to adopt. You kind of know that it is created out of a love of music and the hope that some people might just appreciate his willingness to show his skills and passion.