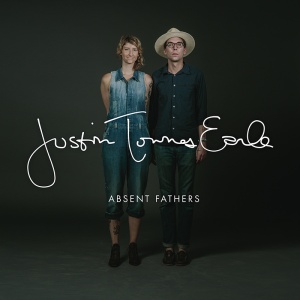 This is Justin’s second release in just under four months and is basically an accompaniment to “Single Mothers”. The albums were actually recorded at the same time and were originally to be released as a double album, until it was decided that each half needed to be released independently so they can make their own statements and have their own identities.
Opening track “Farther From Me” is an absolutely glorious song to begin the album. Ironically, given the title and lyrics, it has a real sense of warmth and a pleasant feel to it. It’s so good that you will be very tempted to just press repeat and listen to it again before hitting the rest of the album.
It is followed by the more stripped back sound of “Why”, where the slide guitar gives it a great contemporary country feel. Whilst the title of “Least I Got The Blues” really tells you all you need to know about that song. However, we soon get more of that lush sound returning on “Call Ya Momma” which again has a warm and appealing feel to it.

The mood changes dramatically with “Day & Night”, a slow and mournful tune, full of sparse emotion. This is also true of “When The One You Love Loses Faith” which is a quite beautiful ballad. Squeezed in between these tracks, however, is the great party swagger of “Round The Bend”. “Someone Will Pay” is another upbeat song which will have you tapping your feet and reaching for a cold beer (and maybe a woman to dance with!). It’s the ability to throw the listener’s emotions all over the place, which really makes this such a brilliant album.
The album ends with another sparse and delicate song, in the shape of “Looking For A Place To Land”. There is a raw emotion created by the sound of Justin Townes Earle’s fragile voice accompanied only by the sound of a picked guitar line. It’s music at its most basic but also at its most emotional and heartfelt.
Given the brilliance of the tracks on “Single Mothers”, it is pretty amazing that he has managed to produce another full album of equally, and possibly better, quality. The world is full of earnest, singer songwriters, delivering tales of heartbreak and woe. Few, if any, are able to match Justin Townes Earle. This is partly because he isn’t wallowing in self-pity and amongst the despair, his sound also offers hope. A large part may also be down to the fact that you know that he is playing from the heart rather than just playing out a role like some of his contemporaries. Whatever it is, the fact is that no one will have released a better double header than “Single Mothers” and “Absent Fathers”. Certainly, their release as a double vinyl collection will be a definite must buy.