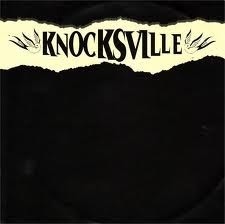 This is the debut album from a UK trio who have a rockabilly/psychobilly type sound, but have also managed to expand the song further than those genres. They are actually due to release a new album this year but, in the meantime, you definitely need to check this one out.

Opening song “Work It Out” immediately gives a great example of the band’s sound. It has that kind of rockabilly feel, but it has more of a punk style. Like second track ” Way Long Gone” it’s punkabilly rather than falling in to the often cliched psychobilly sound.

“Little Games” takes the intensity up a bit more and has a real ‘rock’ feel to it and nicely moves away from the more ‘quaint’ sound you might associate with the rockabilly genre. Then on “Break Free” you know the guitar sound is being achieved by the strings being really hit rather than just strummed. “Running Wild” leaves you in no doubt that the whole band want to rock out. This time, the drummer really crashes the kit alongside the guitar.

Changing it up a bit, “I’m Going” has a really brilliant opening with a great swagger about it. It’s a simple style but really reeks of trouble and attitude. This swagger reappears on “None Of It Matters” with it’s great double bass strum. The bass and the drums really drive the rest of the song along. That old school rockabilly influence still manages to fight it’s way through on “Black Or White” and then on “Wait And See” which has that great lip curling, hip shaking feel to it.

A special mention must also go to the song “Mr Ducktail”. We can only presume that this is an ode to the great rockabilly barber at It’s Something Hell’s. If there is a track that will want to make you have a greased up pompadour then this is it! Importantly, Knocksville also show that they can take the foot off the gas for a bit on “Forever Young”. It’s a nice change of pace and gives the listener a little breather. The song “Yup” brings the album to an end, with it’s surf drums leading to an instrumental ‘wipe out’ to finish it all off.

This is a brilliant album which shows that you can take a traditional influenced sound, kicking and screaming in to a new era. So much rockabilly inspired music can be contrived and restrained and many forget that it’s origins lie in being rebellious and dangerous. Thankfully, Knocksville are a band who are happy to remind us of that fact. This album will certainly have you desperately awaiting the new release. In the meantime, you should grab this album,y along with your leather jacket and get down to It’s Something Hells to get that cut and a hair full of grease!