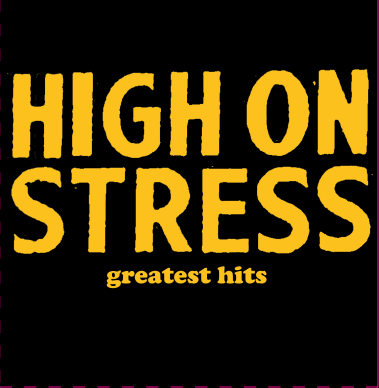 We know you’re probably thinking “Greatest Hits”, I’ve never even heard of them (well certainly if you’re in the UK). Indeed, even the band themselves admit the title is tongue in cheek. But it’s also the former band of Nick Leet. We’ve already spoken highly of his current band, Pasadena ’68, so knew it would be worthwhile checking this retrospective release out.

Our intrigue is immediately rewarded with opener “Eyeliner Blues” which is a smart little pop rocker. In fact, together with “Windy City Endings”, it actually has a sound which wouldn’t be out of place of the most recent, more commercial sounding, release from Frank Turner. Songs like “Gold Star” and “Cash Machine” are very much of an ‘adult’ pop variety. Built on strong melodies and an easy going feel.

There is also a kind of Americana style to tracks like “Cop Light Parade” and “We Could Have Been Nobody”. However, they’re still dusted with a little pop shine which keeps them away from the more dusty and tired feel of  some songs in that genre. As with Nick Leet’s other releases there’s an emphasis on strong melodies and fine song writing. Songs like “These Days Are Gone”, “Figure Eights” and “Gimme Truth” suggest that plenty of time has been spent listening to the greats like Petty and Springsteen. Then you get a more rocking number like “Up Your Sleeve” or “Klonopin Alcohol” and you’re reminded of The Replacements.

“Greatest Hits” may be an ironic title for this release, but really any of these tracks could easily have been commercial hits. Indeed, you sense that they were only one major film soundtrack pick away from being huge. Oh well, at least this release give those of us who missed out the first time around the chance to hear some really great tunes, even if they are destined to remain hidden gems.