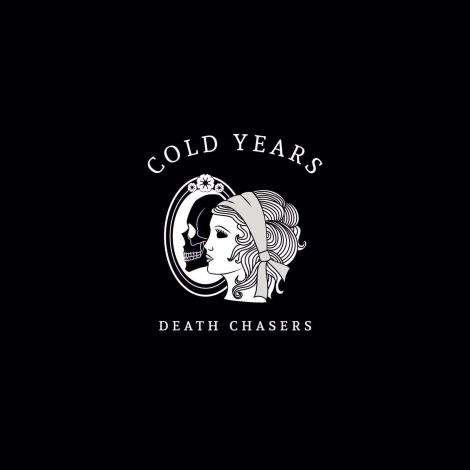 One of the biggest shocks about Cold Years is that they come from Scotland! They have a sound which is certainly routed in sunnier climates. Indeed, the songs on this EP certainly owe far more to American rock than any kind of Celtic influence (which is a big plus from our perspective!).

Let’s get this out of the way from the outset, the moment you hear the opening number and title track “Death Chasers”, you’re going to be thinking that this sounds like The Gaslight Anthem. Along with songs like “Lines”, it follows their ‘template’ of taking the blue collar rock sound of Springsteen but delivering it with punk riffs and a snarl. We’re not knocking it though, it’s a winning combination.

There is, however, also a darker edge to their style which takes them away from a more commercial sound. For those more in the know, songs like “Song For Our Ghosts” and “Trouble Bound” will see you thinking of great bands like Lucero or Two Cow Garage. They’re songs that will have you picturing open freeways and wild prairies.

The EP’s highlight, is “Split Blood”, a fantastic rock song that is all passion, energy and heart break. It’s a truly brilliant song which made us want to check the credits just to make sure it wasn’t actually written by Brian Fallon.

With the Gaslight Anthem being in at least temporary hiatus, there’s a huge gap to be filled in many fans’ hearts and Cold Years may well be the band to fill that gap. Importantly though, this isn’t some kind of tribute or poor imitation. Instead, like another fine young band, The Road Home, they’re a group who are willing to pick up the baton and run with it. They actually have the tunes to match the quality of the Gaslight Anthem. This is a first class release and we are now eagerly awaiting news of a full album.