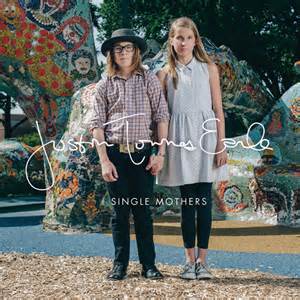 Justin Townes Earle has enjoyed an extensive career with this release being his fifth and he is now deservedly being regarded as a forefather of Contemporary Americana. It’s not surprising that during this period he has had his highs and lows including, multiple stints in rehab, a new found sobriety, amicable and not-so-amicable break-ups with record labels, and facing the trials and tribulations of everyday life.
Opening track, “Worried About The Weather” shows the confidence that Justin Townes Earle has in this album, as it’s a slow country ballad that begins the album. It pays off though, as it’s a song which is beautifully laid back and easy going, a real joy to listen to. The title track “Single Mothers” keeps the relaxed pace going and it’s a song that really allows him to deliver a great crooning vocal performance on this blues based number.

The sparseness continues on “It’s Cold In This House” and it’s this feel which really makes the song so enchanting. He is equally as successful applying this style to slow and emotional ballads like “Picture In a Drawer” and the album closer “White Gardenias” which is a melancholic and engrossing song.
The album has a bit more pace on “Today And A Lonely Night” it’s still only a slow build up but remains a heartfelt number with a nice country swing to it. The baton is picked up by “My Baby Dives” which adds a more rock n roll feel to the sound. A stronger melody also drives “Wanna Be A Stranger” along and it also has a more ‘commercial’ feel.
The whole album has a nice balance between slower, introspective songs and those which appear somewhat more ‘extrovert’. “Burning Pictures” is a more rocking country song which is more likely to get a crowd dancing and clapping along to it. The song “Time Shows Fools” is like the perfect mix of the songs on the album. It still has that soulful, relaxed vibe but underneath there is a neat melody which adds a more upbeat feel to the song.

This is a really, really strong album full of brilliantly crafted songs. The whole album has a feeling of strength and confidence. The songs are far from big and brash but instead they are mainly quietly assured. Their strength lies in the willingness to leave the songs sparse and heartfelt rather than cluttered with unnecessary sounds. The result is an album that would be perfect for a bright Sunday morning with a cup of tea or, at the other end of the spectrum, a late, dark night with a glass of whisky.