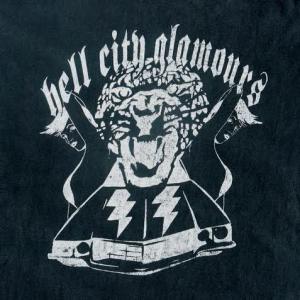 Firstly, isn’t it great to have a band with a proper rock n roll name! What isn’t so great is to learn that this is not just the second album from this Australian band but also their last! Sadly, the band are releasing this and then calling it a day, although hopefully also going on to pastures new!
Alongside the rock n roll name and look, when you hear that the opening track on this album is called “Singapore Sling” then you should have a good idea what to expect. It’s a dirty, sleazy rock n roll number with a guitar riff straight off Motley Crue’s classic Dr Feelgood album. The band are also on full out rock mode with “Train Wreck” which is a song that could’ve been huge when the sunset strip was at its rocking best. Whilst “Alright by Me” sees them taking this a step further on a huge pop/rock song which is as catchy as hell.
On “Care No More” they add a bit of funk rock swagger to the mix so it ends up being like a more rocking Extreme. There is an almost rockabilly feel to “Find A Way” and this added swing provides a neat shift in sound. Whilst “2My Friends” keeps that style but it has a darker and more melancholic feel which is also shown on “Cruel Mary”.

Things are really shaken up by “Shake” which has an opening that is all seventies glam rock stomp before the track develops into a huge rock song. In contrast, “Better Upstairs” is a harder, punkier song and along with “This Old Love” shows the band have a foot firmly in the hard rock arena. The album ends on a really joyous note with “I Hope You’re Happy”. It’s another big rock number with an infectious beat. Along with the pop/blues feel there is also the welcome inclusion of that glam rock essential, the cow bell!!
There can be no hiding from the fact that there is a ‘retro’ feel to the band’s sound. There is a feeling that they should be performing these songs in a big arena accompanied by pyro technics. The vocal style actually had us recalling the relatively unknown Kik Tracee. Another band who sadly folded before they got the success they deserved. Like them, Hell City Glamours take an established sound but also add a bit of quirkiness which give the songs their own flavour. This is an album that will have a few people digging out their bandannas and ripped jeans with a sense of reminiscing about times when music was just great fun.